On October 31, Hunan Satellite TV live opening ceremony of Tmall Double 11 was launched at Guali Culture&Sports Center in Hanzhou city, unveiling a plaque to the national carnival and leaded a wave of global consumption campaign. 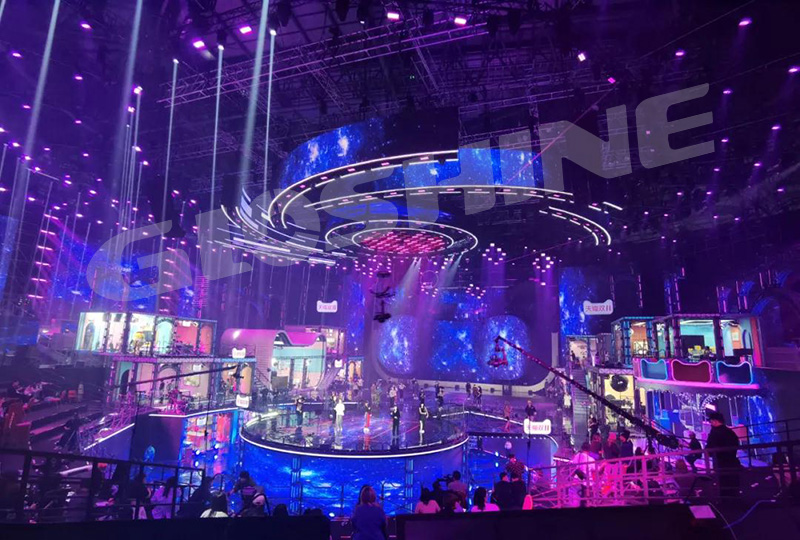 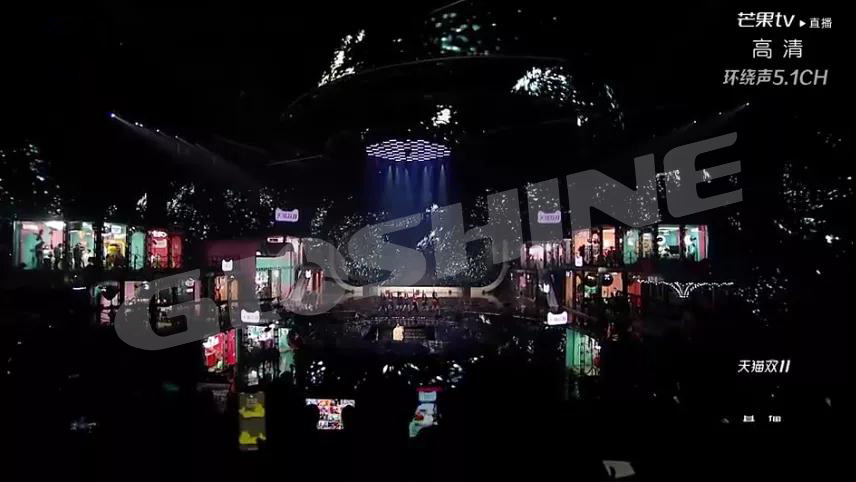 2500㎡ W series LED displays were posed in various corners of the stage, forming a giant screen that opens and closes. With screens moved and stood, the audience enjoyed the spectacular dancing and singing. 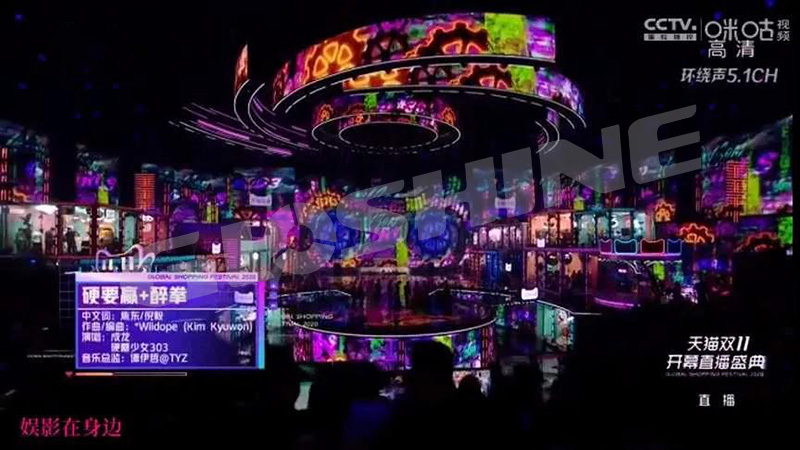 The climax of this ceremony is that the Hunan Satellite TV, together with Tmall and Gloshine, created the first business model of live streaming through screens, combining the online-streaming and live streaming together.

Hunan Satellite TV showed the grandeur stage, Tmall showed the hottest live stream rooms, Gloshine showed the top technology, and 17 live steam rooms were showed on the 17 side stage LED displays, connected to the main screen of the stage. The hosts and actors freely shuttled between all the live broadcast rooms, and all the interactions with the youtubers were displayed to the audience in real time.

The screen was the joint of this interactive live broadcast. The Gloshine LED display has successfully fulfilled the live requirements such as online connection, LED display multi-control, real-time live broadcast, and background shifting.

It’s an interactive feast inside and outside the screens, it’s an unforgettable Double 11 carnival night, all the best wishes to Tmall Double 11 in 2020.